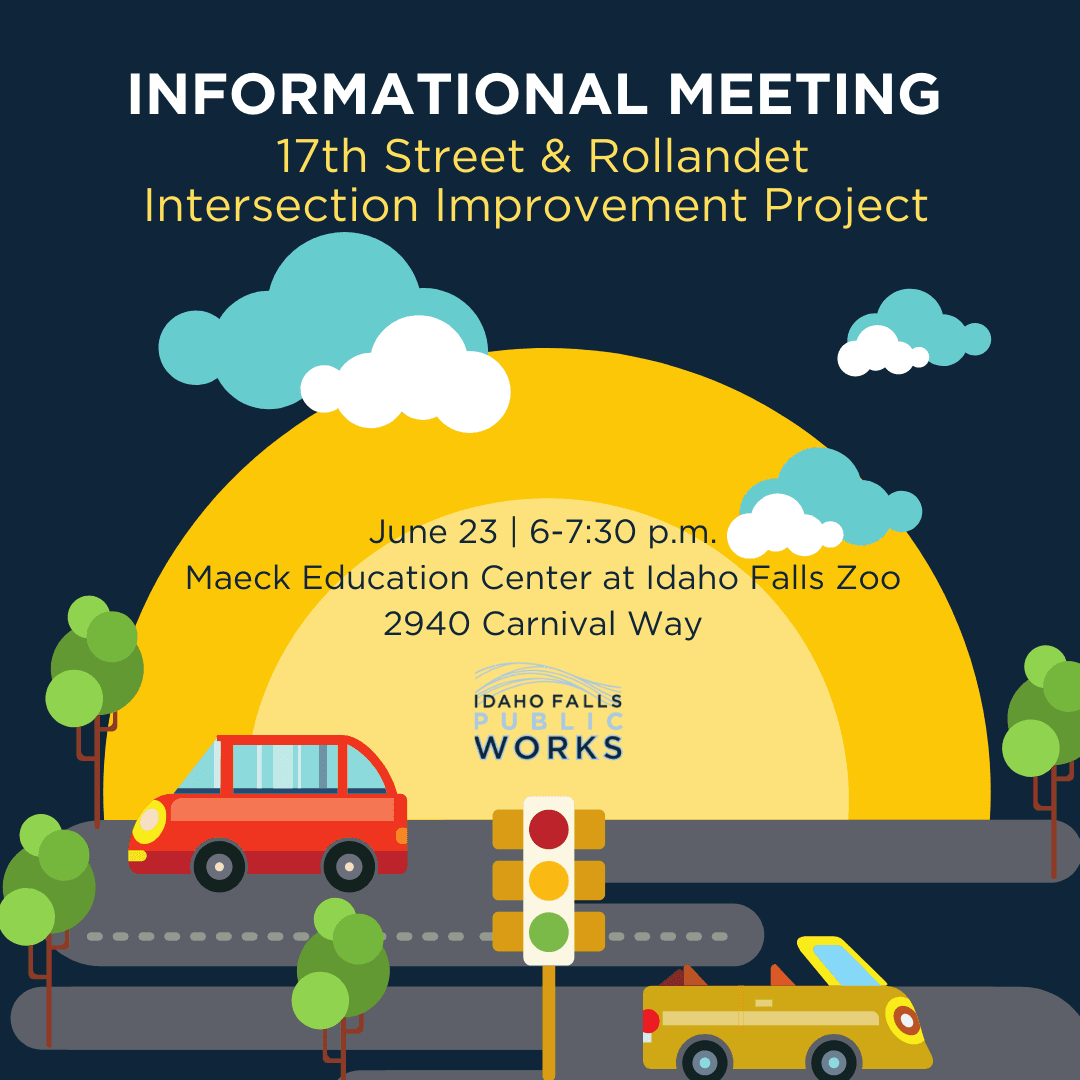 improvements at W 17th Street and Rollandet Street, as well as W 19th Street and Leslie Avenue. Details below.

In 2016, a Road Safety Audit (RSA) was completed by an independent multidisciplinary team. The RSA focused on 17th Street, Yellowstone Highway to Hitt Road after citizens identified 17th Street as a major priority for improvements. This corridor is unique to other high volume arterials in Idaho Falls due to development changes from mostly housing with direct access to 17th Street on the western end to dense commercial development on the eastern end.

According to 2015 traffic count data conducted during the audit, the major east to west arterial has 35,000 to 40,000 vehicles per day.  Five year accident history data for the corridor revealed 618 accidents that were reported, two of which were fatal.

The RSA resulted in many recommendations to the corridor which the City has been making since the completion of the audit. Some of the improvements include moving power poles, adding medians to restrict turn movements, removing signals, adding advanced signage, working with property owners to reduce access points, and recalculating signal timing.