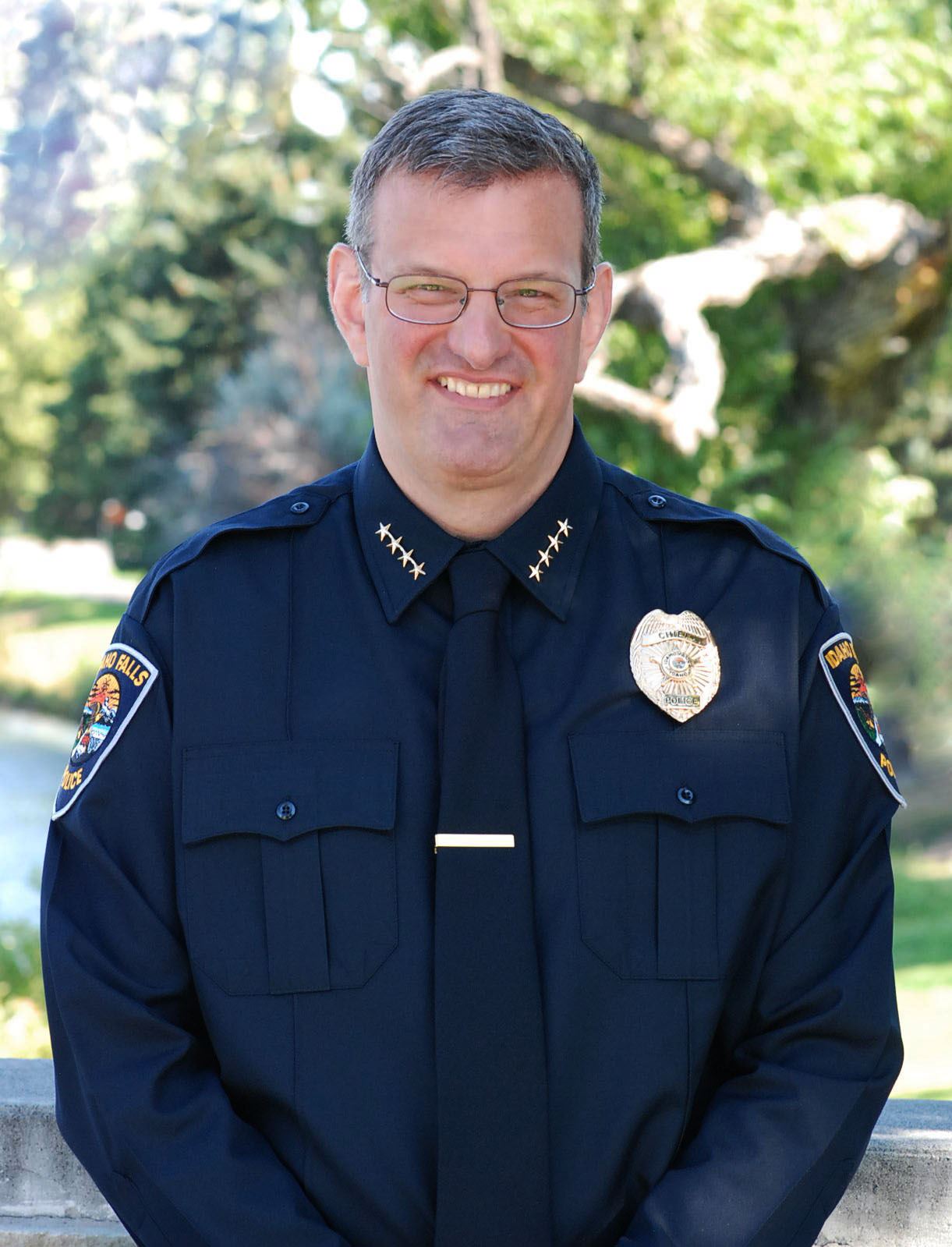 The City of Idaho Falls welcomed Chief Johnson in August 2017. He was appointed and sworn in by Mayor Rebecca L. Noah Casper.

Prior to his appointment in Idaho Falls, Chief Bryce Johnson spent 4 years as the Chief of the Juneau Police Department in Alaska.

Johnson grew up in Salt Lake City and spent 21 years moving through the ranks with the Salt Lake City Police Department. Some of his assignments included Watch Commander, Tactical Commander, and Assistant Bureau Commander.

Chief Johnson holds a Bachelor of Science degree from the University of Utah and a Master of Public Administration degree from Brigham Young University.

Community engagement has always been important to Chief Johnson. He served as the Chair of the Alaska Police Standards Council and as a member of the Board of Directors of several organizations, including the Alaska Chiefs of Police Association, Aiding Women in Abuse and Rape Emergencies (AWARE), and Juneau Housing First. Chief Johnson has been an active volunteer with Family Promise and the Boy Scouts of America, where he has served as scout master, varsity coach and charter representative. Johnson has also shared his passion for teaching as an adjunct professor for Salt Lake Community College and Salt Lake School District.

Johnson served in the U.S. military for eight years. He served much of that time as an Intelligence Analyst in the United States Naval Reserve.

Chief Johnson is married to his wife of nearly 3 decades, Jaymie. They have four adult children and several grandchildren.

Office of the Chief