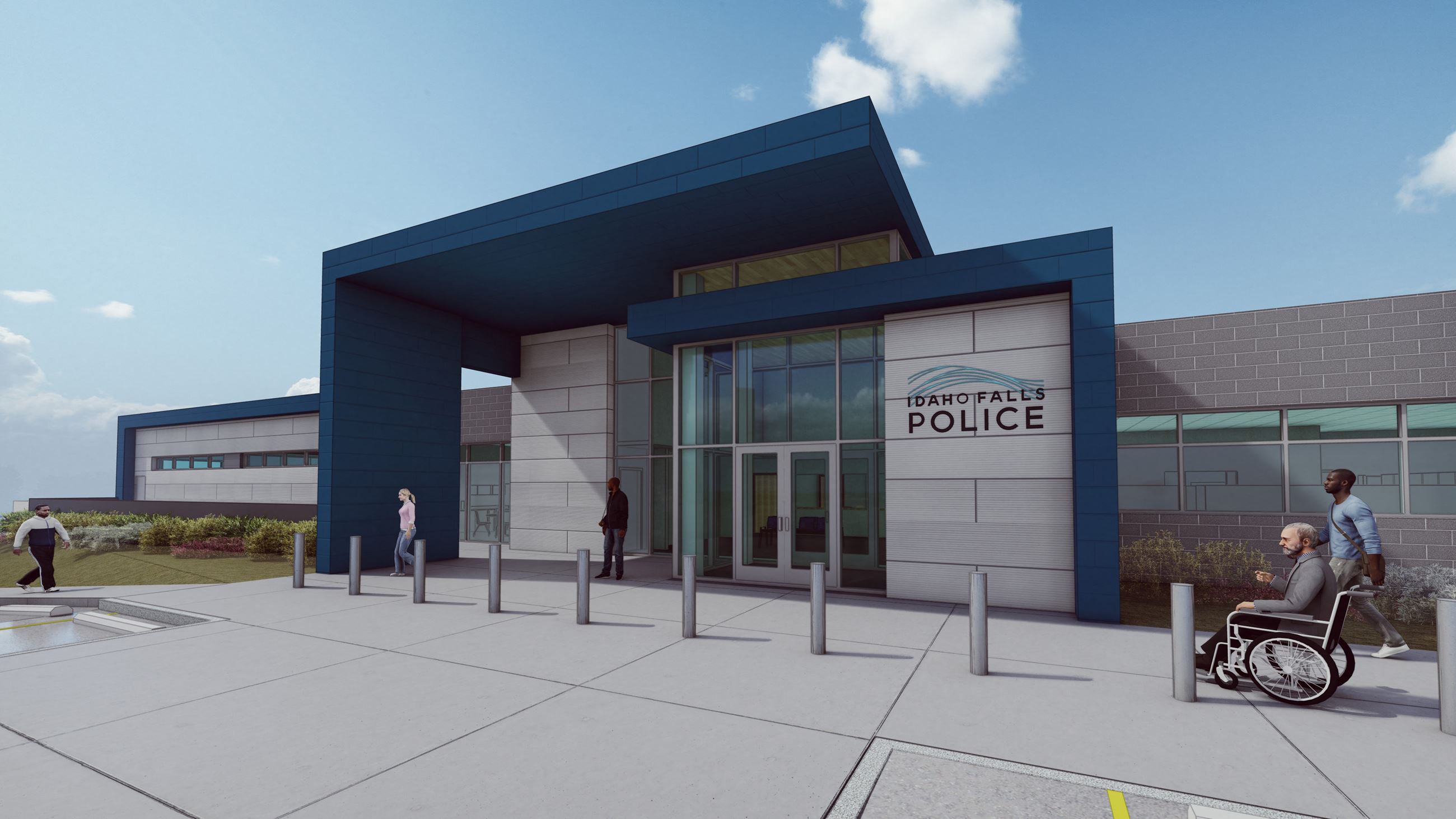 On Thursday, March 31, the Idaho Falls City Council approved the bid award for the Idaho Falls Community Policing Facility to Ormond Builders, marking the final step before breaking ground on the first standalone and consolidated police facility in the history of the City of Idaho Falls.

“This will be the first police station ever to be built in Idaho Falls so we couldn’t be more excited to break ground on this historic facility,” said Idaho Falls Mayor Rebecca Casper. “This will bring all of our law enforcement officers together under one roof and give citizens a place to connect with police officers personally. We also have planned a small tribute to the history of the site, the longtime location of former commercial stockyards. Overall, the facility will serve to revitalize the entire Northgate Mile area. And when you throw in the fact that this is being built without any additional property tax burden on city residents, it is very easy to see why we are excited to begin construction.”

“As several of our council members said on Thursday, ‘This has been a long time coming,’” said Idaho Falls Chief of Police Bryce Johnson. “We are so grateful for the community members, city directors and staff, council members, and Mayor Casper who have recognized the need for this facility and have contributed to seeing this through. To echo something else our council members said, ‘This isn’t just about the police, it’s about the community.’ This facility will allow us to be more accessible and engaged with our community and to enhance the services we provide, which is only becoming more important as Idaho Falls grows.”

Today, the department is currently split between 8 different buildings, with staff on a day-to-day basis at six of those locations. This fragmented approach negatively affects the department’s ability to be accessible to the public, to solve crimes, and to best address public safety needs in the city.

The Idaho Falls Police Department moved into their current primary location, the Bonneville County Law Enforcement Building, in 1978. Prior to that time, IFPD had historically shared facilities with other City departments in City Hall, with the Idaho Falls Fire Department, and even occupied a small space on the second floor of a building on Park Avenue. In the 127-year history of the department, IFPD has not yet had a standalone and consolidated police facility. 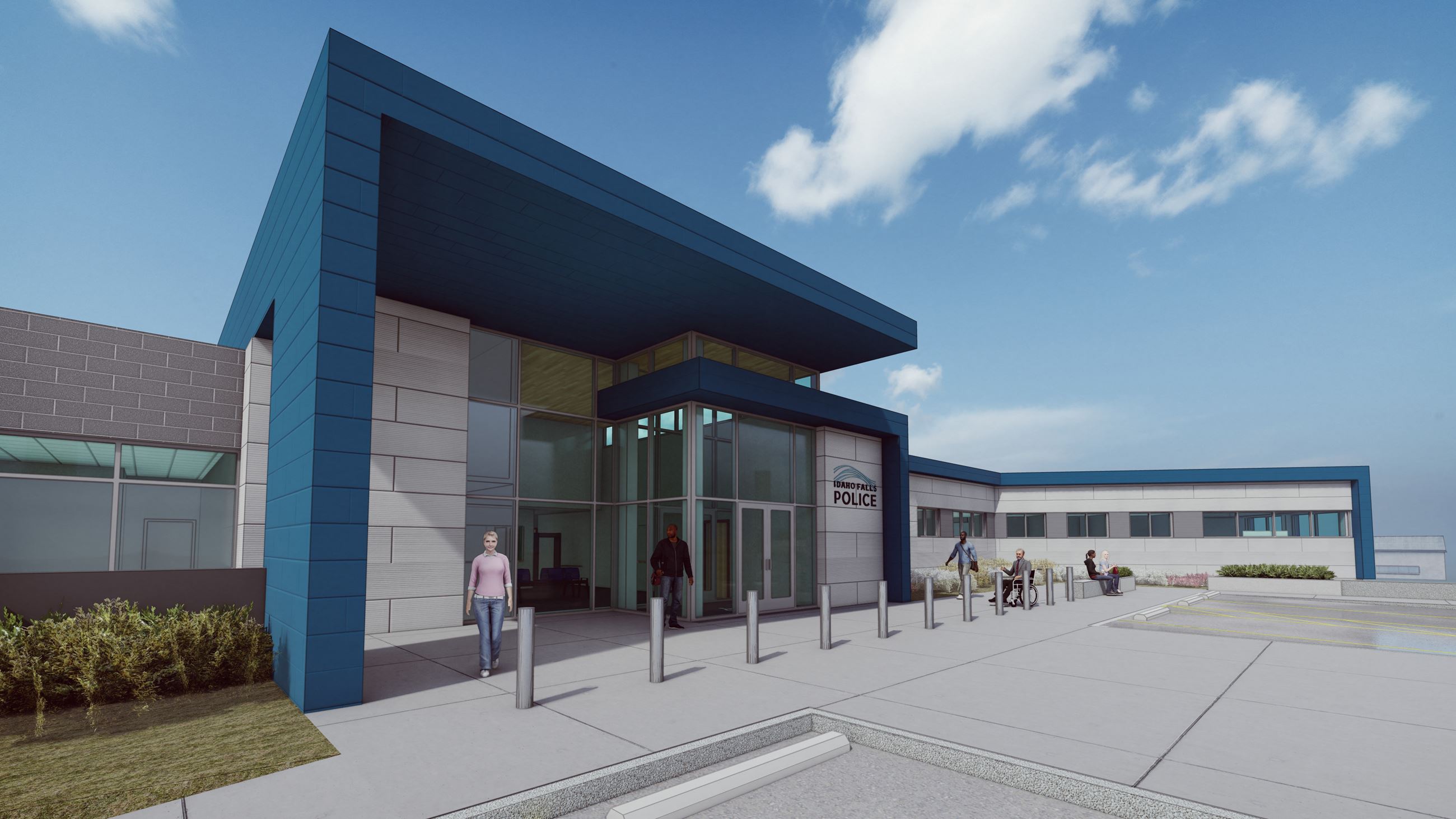 The Idaho Falls Police Department and the City of Idaho Falls have been concerned about police facilities since the early 2000s. A study conducted in 2003 found that the facilities were inadequate at that time – nearly 20 years ago. Since then similar studies have been conducted by three separate architectural firms and two committees of Idaho Falls community members. Each firm and citizen’s committee have independently confirmed the need for a new police facility.

The most recent review by a citizens committee was conducted in 2019 and concluded, “It is our recommendation that the City of Idaho Falls pursue a dedicated and consolidated police facility in order to best serve the law enforcement and public safety needs of Idaho Falls. It is also our recommendation that this be put into motion as soon as possible and not risk any further delays, as has happened in years and decades past.”

In late 2019, the City of Idaho Falls purchased the Idaho Livestock Commission property, located at 701 Northgate Mile and commonly known as the “Stockyards”, designating it as the future home of the Idaho Falls Police Department. Multiple properties were considered during this process including green/brownfield sites, empty big box stores, and properties with existing structures. Ultimately the stockyard property was selected based on property size and cost associated with the site, but also proximity to high crime areas, potential impact on the redevelopment of the area, and a number of other factors.

The City conducted a Request for Qualifications (RFQ) process to search for an architectural firm to design the new police facilities. In April of 2020, the project was awarded to a partnership of two firms - Architects Design Group, a national firm that specializes in police facilities, and NBW Architects, a local Idaho Falls-based architect.

Over the past two years, the budget for the project has been set, funding has been secured, and the design has been completed. The Idaho Falls City Council approved funding the new police facility through Certificates of Participation, a funding mechanism that allows governmental entities to secure financing for capital projects without incurring long-term debt.  The financing comes in the form of investor purchased certificates, which are then repaid over time in the form of lease revenues, as opposed to bond interest. This funding mechanism allows the City to make payments for the new facility from the existing tax base, rather than increasing taxes on Idaho Falls citizens.

In the coming weeks, Idaho Falls community members and visitors can expect to see work begin on the former stockyard property. A ceremonial groundbreaking for the Idaho Falls Community Policing Facility has been scheduled for April 28th at 10:00 a.m.