The Idaho Falls Police Department currently operates on a $13.8 million budget for the 2016-2017 fiscal year. In a budget breakdown, 91% of the budget goes to paying for personnel  wages and benefits. The remaining nine percent pays for day-to-day operating expenses, equipment purchases, patrol cars and patrol car equipment.

The department, along with the fire department and ambulance services, budget represents about 15.6% of the City of Idaho Falls 2016-2017 fiscal year budget. 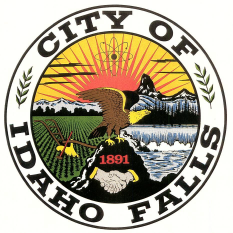